By: SK TAMPULAN PPDKK
In: PPD Kota Kinabalu
With: 0 Comments 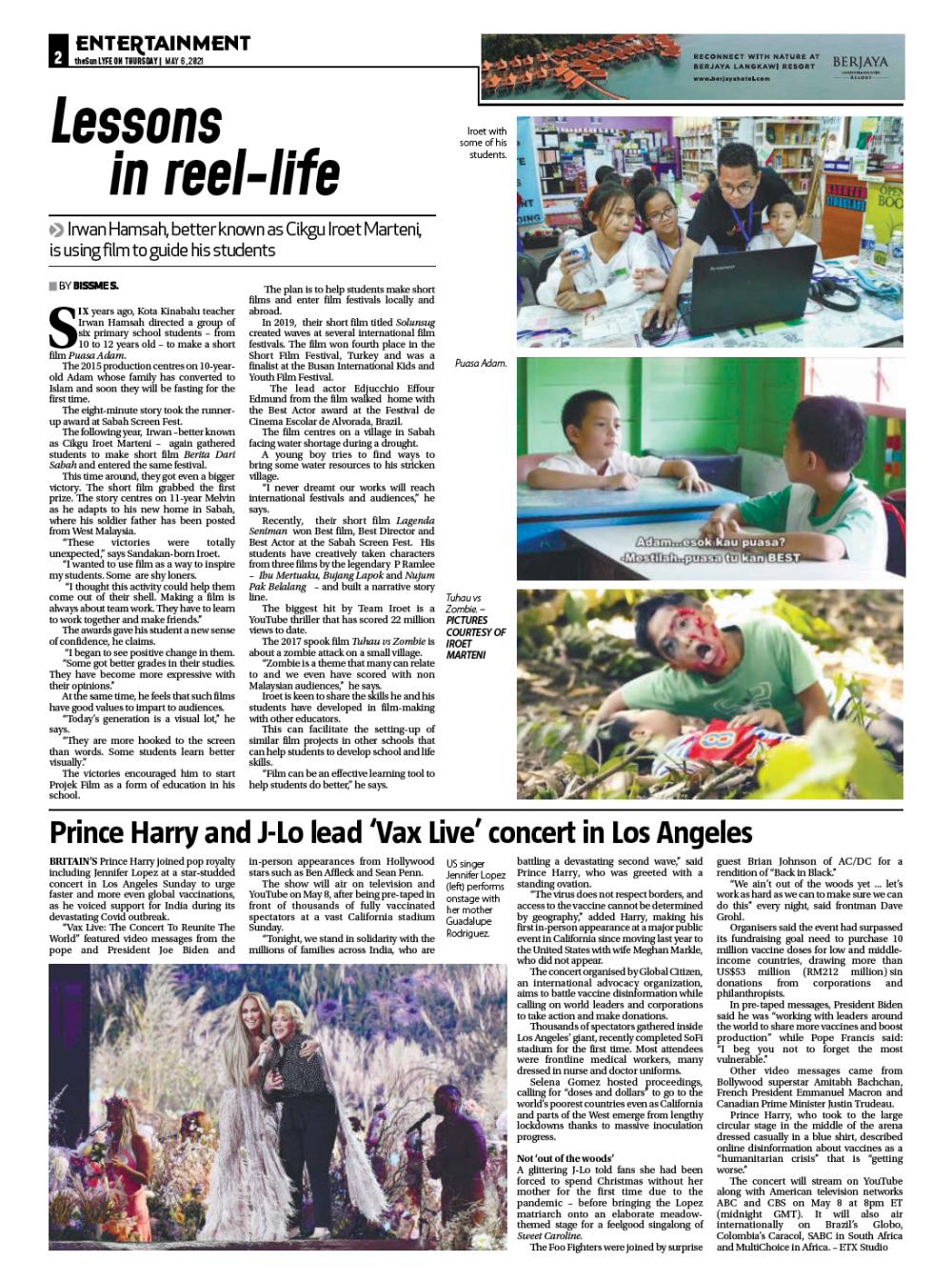 The 2015 production centres on 10-year-old Adam whose family has converted to Islam and soon they will be fasting for the first time.

This time around, they got even a bigger victory. The short film grabbed the first prize. The story centres on 11-year Melvin as he adapts to his new home in Sabah, where his soldier father has been posted from West Malaysia.

“I wanted to use film as a way to inspire my students. Some are shy loners.

“I thought this activity could help them come out of their shell. Making a film is always about team work. They have to learn to work together and make friends.”

The awards gave his student a new sense of confidence, he claims.

“I began to see positive change in them.

“Some got better grades in their studies. They have become more expressive with their opinions.”

At the same time, he feels that such films have good values to impart to audiences.

“Today’s generation is a visual lot,” he says.

“They are more hooked to the screen than words. Some students learn better visually.”

The victories encouraged him to start Projek Film as a form of education in his school.

The plan is to help students make short films and enter film festivals locally and abroad.

In 2019, their short film titled Solunsug created waves at several international film festivals. The film won fourth place in the Short Film Festival, Turkey and was a finalist at the Busan International Kids and Youth Film Festival.

The film centres on a village in Sabah facing water shortage during a drought.

A young boy tries to find ways to bring some water resources to his stricken village.

“I never dreamt our works will reach international festivals and audiences,” he says.

The biggest hit by Team Iroet is a YouTube thriller that has scored 22 million views to date.

The 2017 spook film Tuhau vs Zombie is about a zombie attack on a small village.

“Zombie is a theme that many can relate to and we even have scored with non Malaysian audiences,” he says.

Iroet is keen to share the skills he and his students have developed in film-making with other educators.

This can facilitate the setting-up of similar film projects in other schools that can help students to develop school and life skills.

“Film can be an effective learning tool to help students do better,” he says.